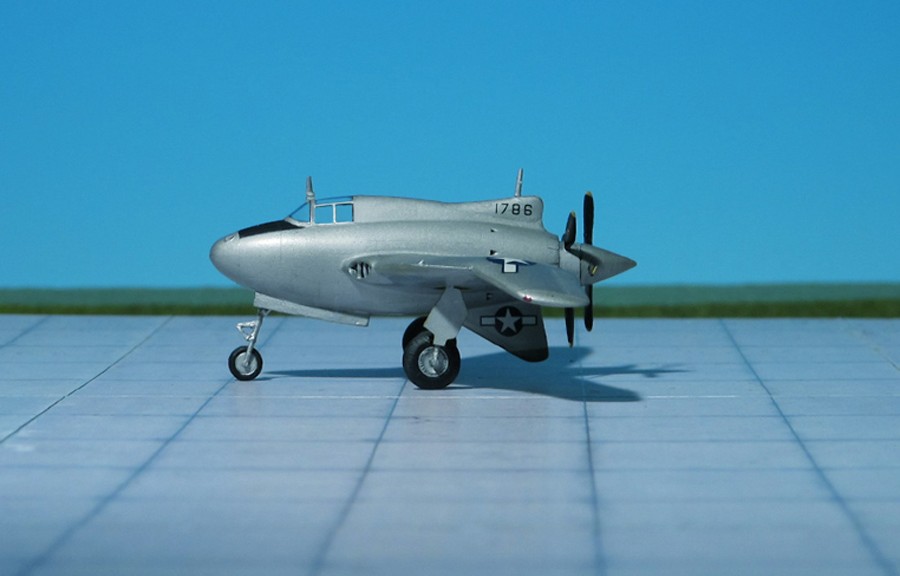 COMMENT: One of the most radical American wartime experimental fighters was Northrop’s XP-56, a unique tailless interceptor built entirely of magnesium. It was designed around the projected Pratt & Whitney X-1800 liquid cooled engine which, installed as a pusher, was to drive contra-rotating airscrews. A prototype was ordered on September 1940, but shortly after development began, Pratt & Whitney requested authority to abandon further work on the X-1800 engine. So, on July 1941, it was decided that the Pratt & Whitney R-2800-29 should be installed. In the meantime, flight trials with the Northrop N1M Flying Wing, which had an essentially similar wing of the XP-56 fighter, had confirmed the stability of the radical configuration about all three axis, and, realizing the impracticability of having only one prototype under construction, on February 1942, the U.S.A.A.F. ordered a second XP-56. Taxi trials with the first XP-56 were undertaken in April 1943 but due to many problems with the power plant the first flight was not made until September 1943. Further flights at low altitudes were completed, but during taxiing the port tire blew out and the first XP-56 was destroyed (Ref.:13).