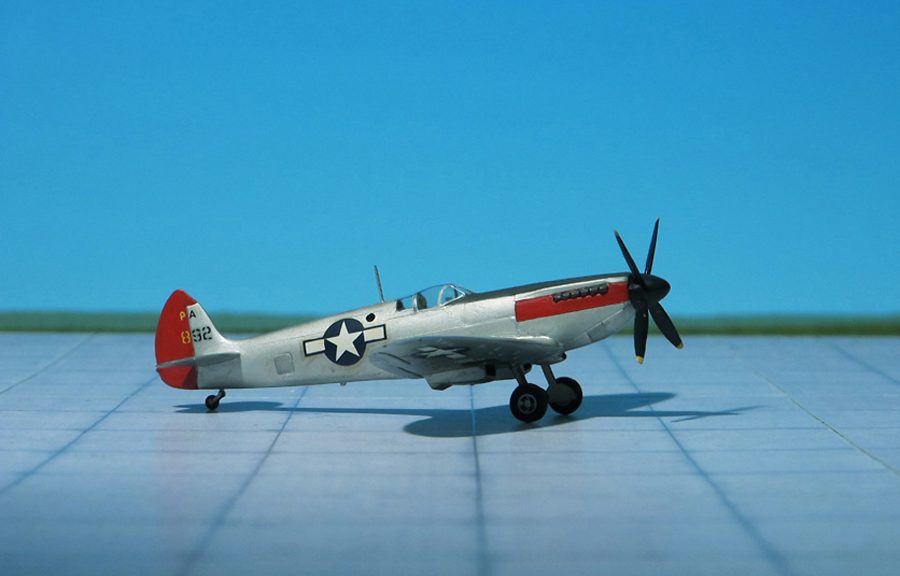 COMMENT: By the end of 1941, the ‘Spitfire’ Mk. V was experiencing increasing difficulty in combating the newer versions of the Messerschmitt Me 109 and found itself completely outclassed by the Focke-Wulf Fw 190. So the need for a higher performance was a matter of the most vital urgency. In order to achieve the desired performance improvement with the least possible delay, it was decided to install the Rolls-Royce ‘Merlin 60’ Series engine in the basic ‘Spitfire’ Mk.VC, this marriage of convenience being designated ‘Spitfire’ Mk. IX. Despite the fact that the ‘Spitfire’ Mk. IX was considered solely as an interim type, it was to be produced in larger quantities than any other Spitfire variant, in total 5.665 aircraft being manufactured. Logical evolutions of the ‘Spitfire’ Mk. IX were the photo-reconnaissance P.R. Mks. IX, X, and XI. A universal camera installation provided accommodation for two F.8 or F.52 vertical cameras, or two F.24 vertical and one F.24 oblique camera. A number of Spitfire P.R.Mk. IX was delivered to the 8th USAAF and the aircraft shown here belonged to the 7th Photographic Group, stationed at Chalgrove, U.K. (Ref.: 12)