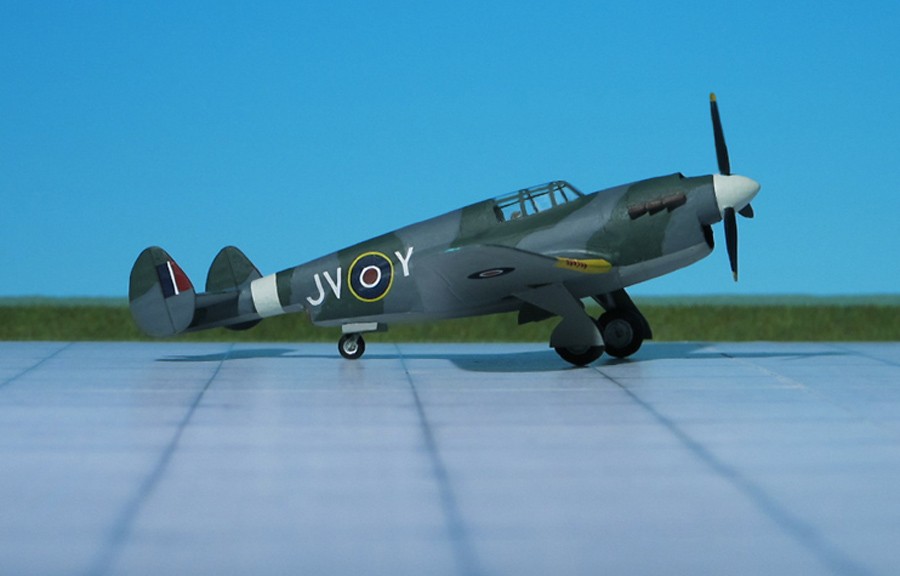 COMMENT: In 1939 the British Air Ministry issued Specification F.18/37 for a heavily armed interceptor. Beside the Bristol Aircraft Company, Gloster Aircraft proposed a design that, a novelty at that time, was to be powered by a Rolls-Royce Griffon piston engine and additionally by the brand new Whittle W.1A turbo engine. At least Hawker Aircraft Company submitted the best design that later became the Hawker Tornado. So in 1940 development of the Gloster Boosted Fighter was cancelled.