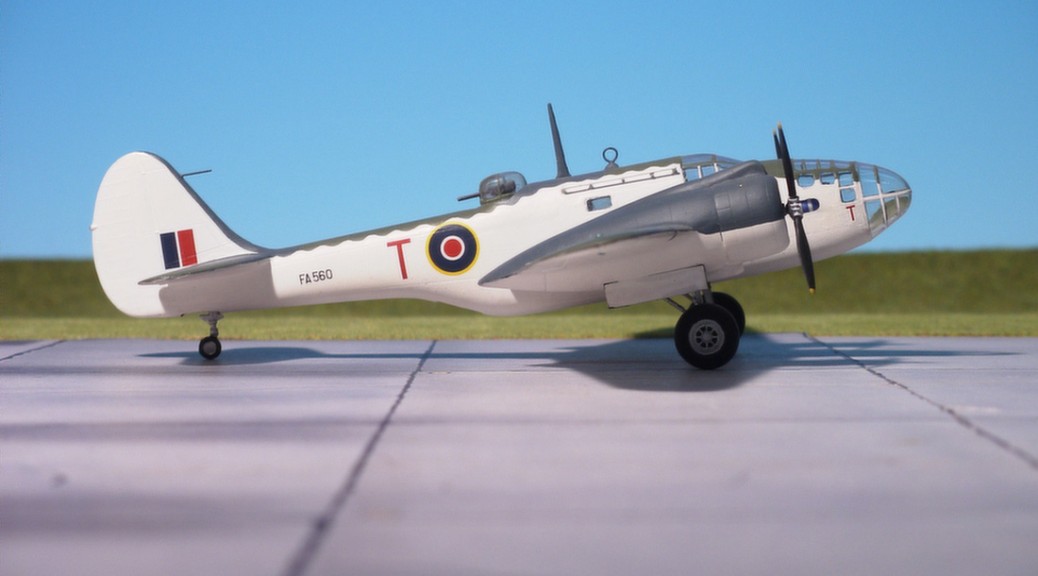 COMMENT: Derived from the Martin A-22 “Maryland” the “Baltimore” had a deeper fuselage and more powerful engines. It met the needs for a light to medium bomber, originally ordered by the Anglo-French Purchasing Commission as a joint project in May 1940. The French Air Force sought to replace the earlier “Maryland”; 400 aircraft being ordered. With the fall of France, the Royal Air Force (RAF) took over the order and gave it the service name “Baltimore” To enable the aircraft to be supplied to the British under the Lend-and-Lease Act the U. S. Army Air Forces designation A-30 was allocated. In total 1.175 aircraft provided to the RAF.
The first British aircraft were delivered in late 1941 to equip Operational Training Units. Later, the RAF only used the “Baltimore” operationally in the Mediterranean theater and North Africa.
Many users were impressed by the step up that the “Baltimore” represented from older aircraft like the Bristol “Blenheim”. The users of the “Baltimore” praised the aircraft for its heavy armament, structural strength, maneuverability, bombing accuracy, and relatively high performance, but crews complained of cramped conditions similar to those in the earlier “Maryland” bomber. Due to the narrow fuselage it was nearly impossible for crew members to change positions during flight if wounded – the structure of the interior meant that the pilot and observer were separated from the wireless operator and rear gunner. This was common for most light bombers of the era like the Handley Page “Hampden”, Douglas “Boston” and Bristol “Blenheim”. Pilots also complained about the difficulties in handling the aircraft on the ground. On take-off, the pilot had to co-ordinate the throttles perfectly to avoid a nose-over, or worse. Thrown into action to stop Rommel’s advance, the “Baltimore” suffered massive losses when it was utilized as a low-level attack aircraft, especially in the chaos of the desert war where most missions went unescorted. However, operating at medium altitude with fighter escorts, the “Baltimore” had a very low loss rate, with the majority of losses coming from operational accidents.
Undertaking a variety of missions in the Middle East, Mediterranean and European theaters, the “Baltimore’s” roles included reconnaissance, target-towing, maritime patrol, night intruder and even served as highly uncomfortable fast transport. The “Baltimore” saw limited Royal Navy Fleet Air Arm service with aircraft transferred from the RAF in the Mediterranean to equip a squadron in 1944. More than 1.500 aircraft with a variety of subtypes rolled out of the Martin Company. The “Baltimore” Mk.III depicted here was supplied under Lend-and-Lease Act to the RAF, two 0.50 in machine guns in a Martin-built electrically powered dorsal turret (Ref.: 24).