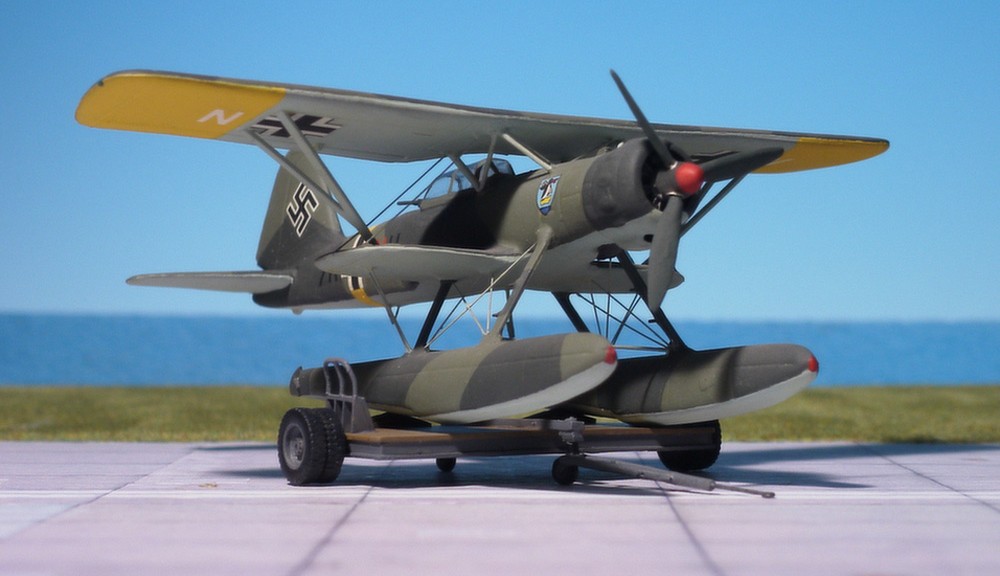 COMMENT: The Heinkel He 114 was a sesquiwing reconnaissance seaplane produced for the German Kriegsmarine (German Navy) in the 1930s for use from warships. It replaced the company’s Heinkel He 60, but did not remain in service long before being replaced in turn by the Arado Ar 196 as standard spotter aircraft.
While the fuselage  and flotation gear of the He 114 were completely conventional, its wing arrangement was highly unusual. The upper set of wings was attached to the fuselage with a set of cabane struts, as in a  parasol wing monoplane, whereas the lower set was of much lesser span while having approximately the same chord. This general layout is not especially unusual, and is known as a “Sesquiplane”, or a biplane which has a smaller lower wing. Typically, the lower wing is about 3/4 of the span of the upper wing, and has a smaller chord as well. The He 114 has a much shorter lower wing than usual, but has the same chord as the upper wing, which keeps the wing area ratio similar.
The He 114 was never a great success, was not built in large numbers, and served with the Luftwaffe for only a short time. While the Heinkel He 60 had handled very well on the water but been sluggish in the air, the He 114’s handling while afloat was poor and its performance in the air scarcely better than the aircraft it replaced (Ref.: 24).