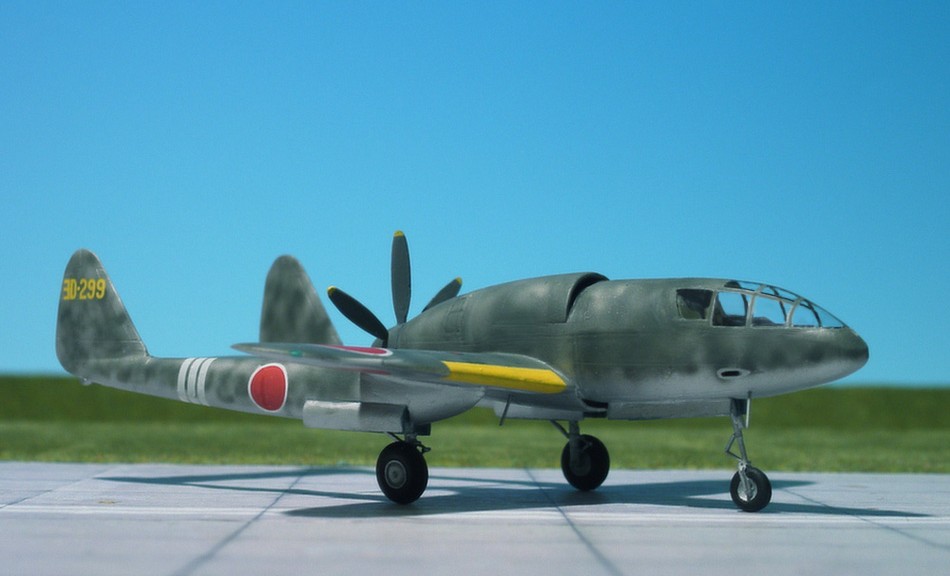 COMMENT: To provide the Imperial Japanese Navy with a land-based high-performance interceptor aircraft, Mitsubishi designed the J4M Senden (“Flashing Lighting”) or Navy Experimental 17-Shi Otsu B Type Interceptor Fighter Senden. It was to have been a single-seat, twin-boom, low-wing monoplane with a central nacelle housing an unstepped cockpit and a 2,130-hp Mitsubishi MK9D (Ha-43) radial engine behind the pilot driving a six-bladed pusher propeller rotating between the booms. The booms were to extend aft from the leading edge of the wing and were mounted below the central nacelle. The aircraft was to have had tricycle landing gear and an armament of one 30-mm and two 20-mm cannon. Design of the initial J4M1 version ended when the Navy put its support behind the competing Kyushu J7W fighter. So the J4M project did not proceed beyond the design stage. The Allies nonetheless assigned the J4M the reporting name “Luke” during World War II.(Ref.: 23)