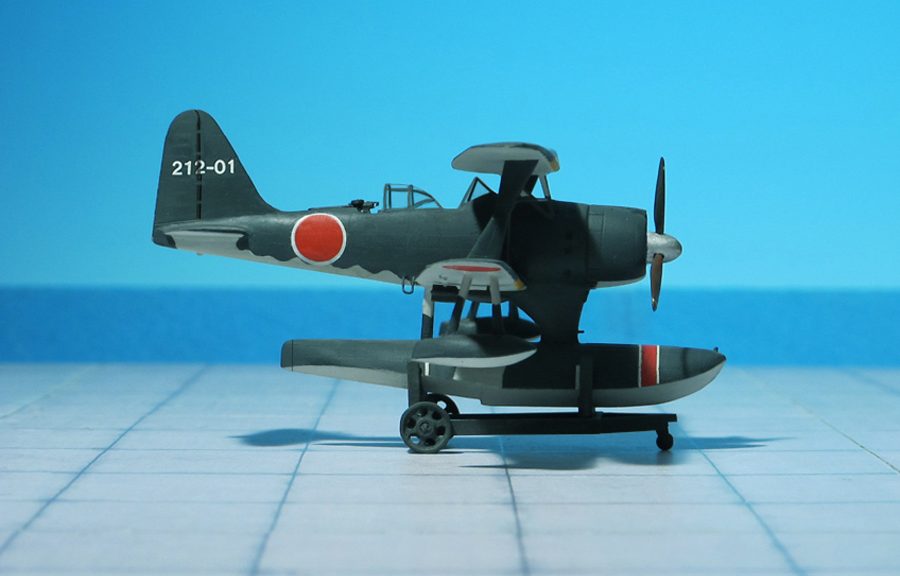 COMMENT: The Mitsubishi F1M (Allied code name “Pete”) was a Japanese reconnaissance floatplane of WW II. The F1M was originally built as a catapult-launched reconnaissance float plane, specializing in gunnery spotting. The “Pete” took on a number of local roles including convoy escort, bomber, anti-submarine, maritime patrol, rescue, transport, and anti-shipping strike. The type was also used as an area-defense fighter and fought dogfights in the Aleutians, the Solomons and several other theaters. In the New Guinea front, it was often used in aerial combat with the Allied bombers and Allied fighters. It was the last biplane type of the Imperial Japanese Navy (IJN), with 1,118 built between 1936 and 1944. It provided the IJN with a very versatile operations platform and was allocated to nearly all Japanese battleships, cruisers, aircraft tenders, but also to several shore bases.

The aircraft shown here was operated from IJN battleship “Yamato” in August 1944. The “Yamato” was the lead ship of the “Yamato” class of Imperial Japanese Navy World War II battleships. She and her sister ship, “Musashi”, were the heaviest battleships ever constructed, displacing 72,800 tonnes at full load and armed with nine 46 cm 45 Caliber Type 94 main guns, which were the largest guns ever mounted on a warship. Neither ship survived World War II (Ref.: 24).