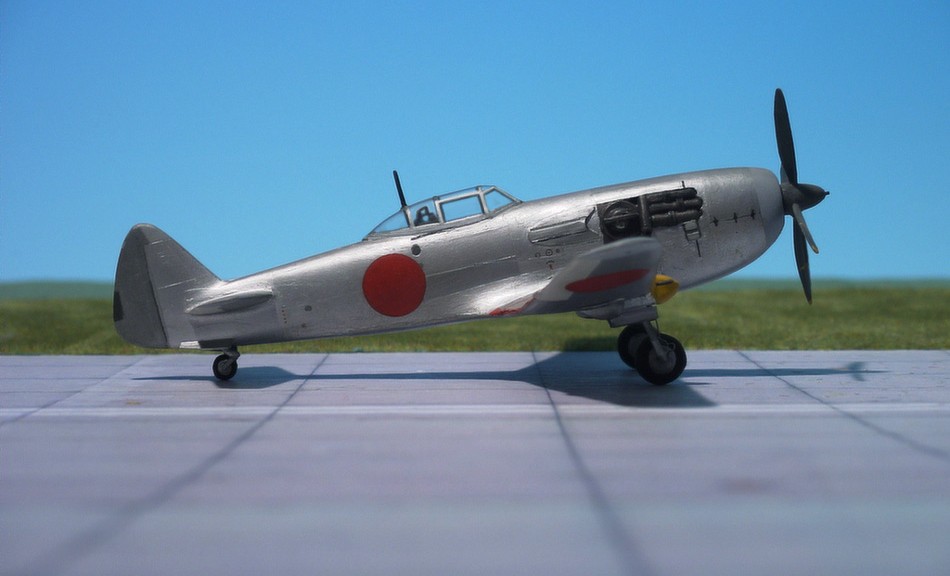 COMMENT: The Nakajima Ki-87 was developed in response to American Boeing B-29 “Superfortress” raids on the Home Islands. It followed up on earlier research by Nakajima and the Technical Division of Imperial Army Headquarters into boosting a large radial engine with an exhaust-driven turbo-supercharger, which had begun in 1942, well before the B-29 raids began. The efforts of the Technical Division of Imperial Army Headquarters eventually culminated into the Tachikawa Ki-94-I, while the Nakajima Ki-87 was developed as a fall-back project, using less stringent requirements. Nakajima started in July 1943 with the construction of three prototypes, to be completed between November 1944 and January 1945, and seven pre-production aircraft, to be delivered by April 1945. The Technical Division of Imperial Army Headquarters made itself felt during the development of the Ki-87 prototype when they insisted upon placing the turbo-supercharger in the rear-fuselage, and from the sixth prototype the Nakajima fighter was to have that arrangement. The Ki-87 had a rearward folding undercarriage to accommodate the storage of ammunition for the cannons, which were mounted in the wing.
Construction was delayed due to problems with the electrical undercarriage and the turbo-supercharger, and the first prototype was not completed until February 1945; it first flew in April, but only five test flights were completed, all with the undercarriage in the extended position. Production of 500 aircraft was planned, but the war ended before any more than the single prototype was built.
A further variant, the Nakajima Ki-87-II, powered by a 3,000 hp Nakajima Ha-217 (Ha-46) engine and with the turbo-supercharger in the same position as the USAAF Republic P-47 “Thunderbolt”, never went further than the drawing board (Ref.: 24).