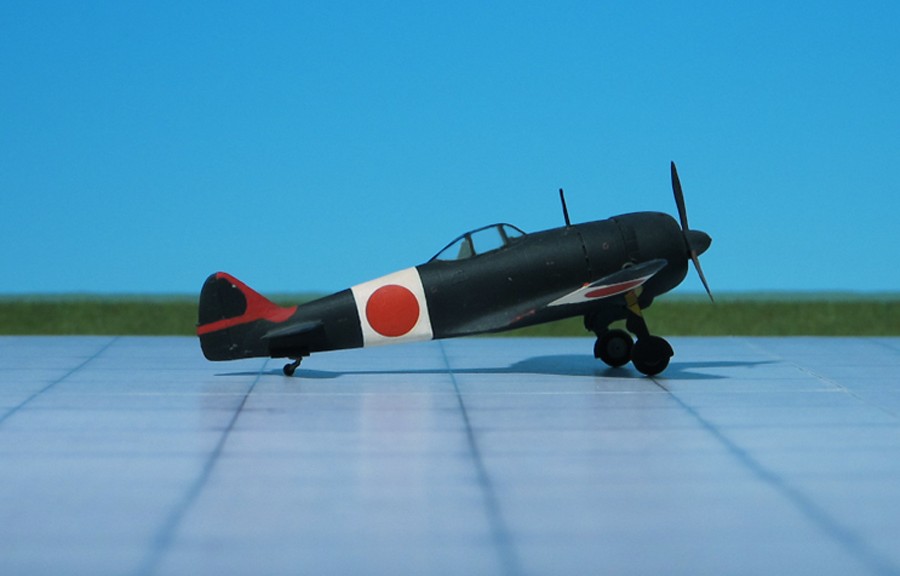 COMMENT: When China-based B-29s of the US XX Bomber Command, soon joined by Mariana-based Superfortresses of the XXI Bomber Command, began their bombing raids against Japan homeland, the Japanese Army had only one type of interceptor fighter on strength: The Nakjima Ki-44-IIb Shoki, (Devil-Queller) known as TOYO to Allied personel. The first prototype was completed and flown in August 1940 and production of the Ki-44-I started in in January 1942. As war progressed several variants were produced, so as Ki.44-II and Ki-44-III, all with several subtypes and more than nine Sentais and several Fighter Training Schools were equipped with the Ki-44. In late 1944, Shoki production terminated as the aircraft was replaced by the Nakajima Ki-84 Hayate (Ref.: 1).