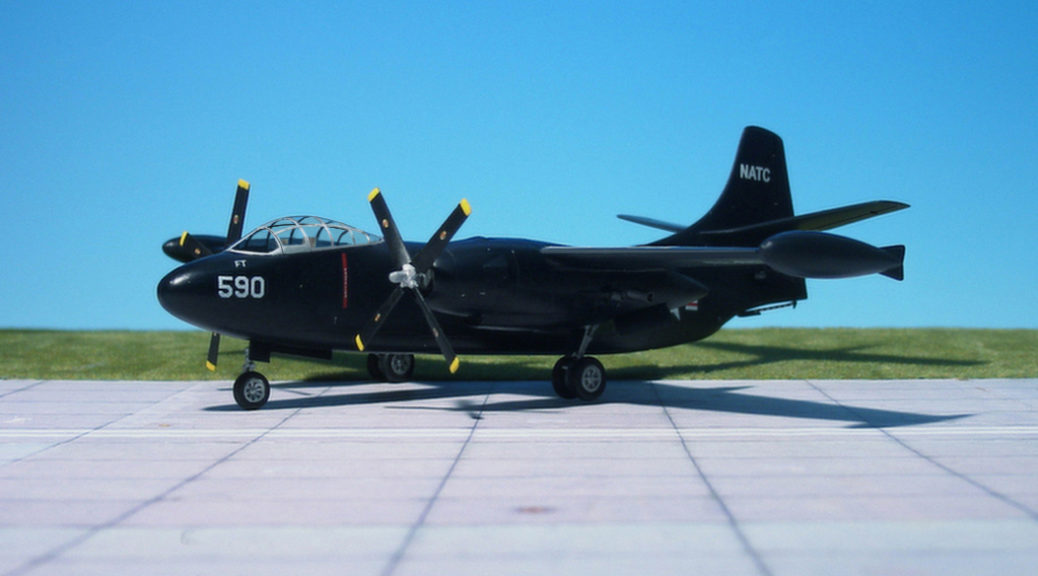 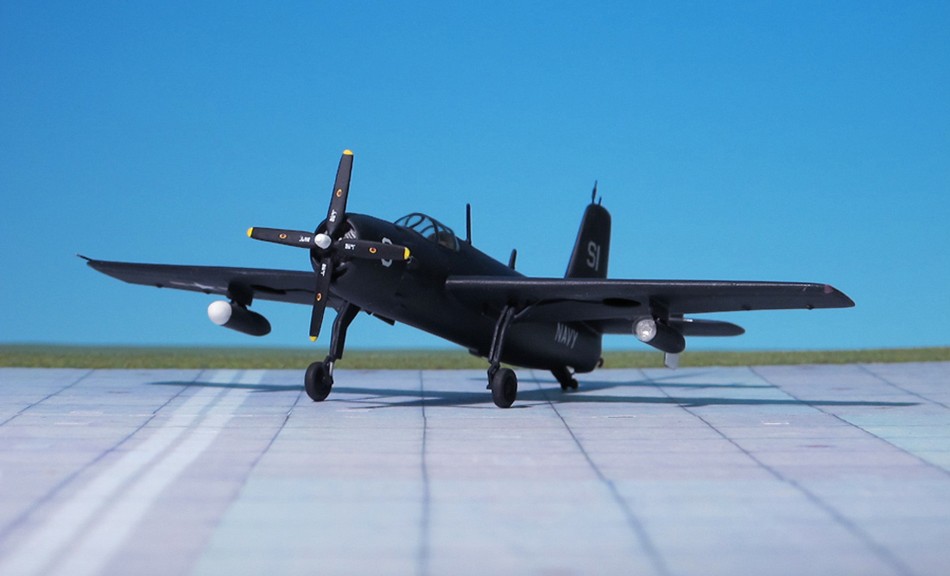 COMMENT: In contrast to the radar equipped AF-2W, the Grumman AF-2S was armed with one torpedo or two bombs or two depth-charges in weapons bay. The AF-2S carried a smaller wing mounted APS-30 radar and a search light. Both, the AF-2W and the AF-2S operated in a “hunter” and “killer” role. A total of 193 AF-2S were produced 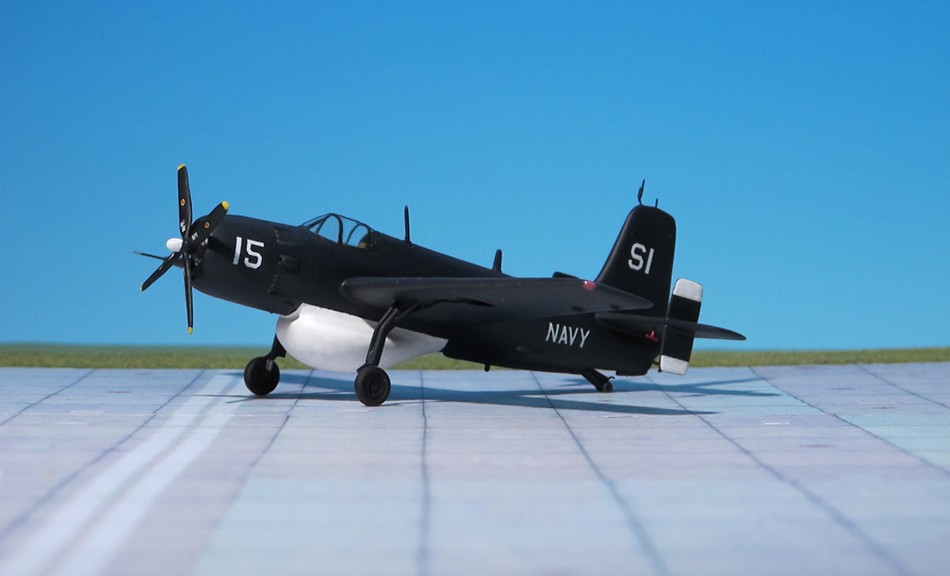 COMMENT: Originally designed as a replacement of the highly successful Grumman TBF Avenger anti-submarine search aircraft. In place of defensive armament the new torpedo-bomber had a Westinghouse 19XB turbojet in the tail to give it a high escape speed. Later the the design was revised and a large ventral radar set was built in. In that configuration the aircraft was used as a hunter in cooperation with the Grumman AF-2S as a killer. A total of 153 AF-2W were built. 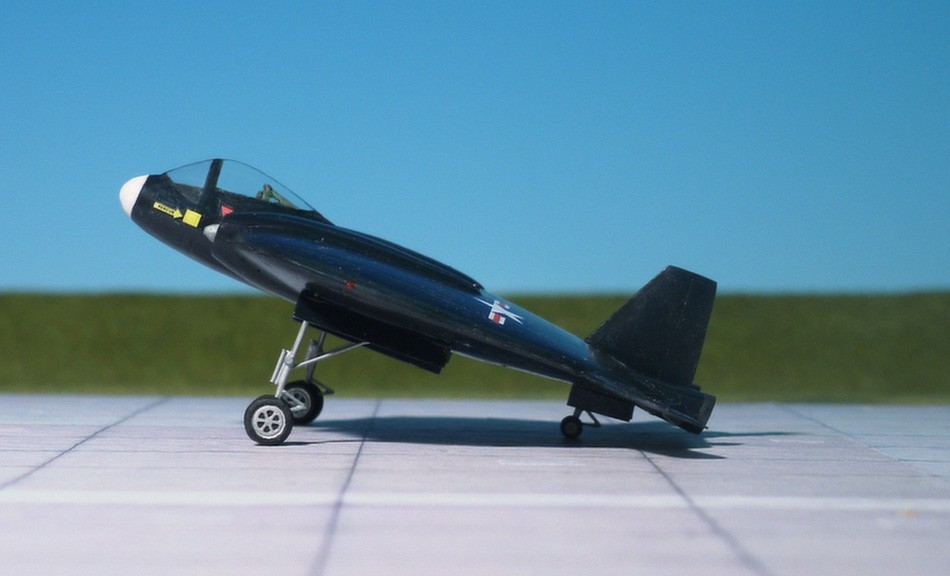 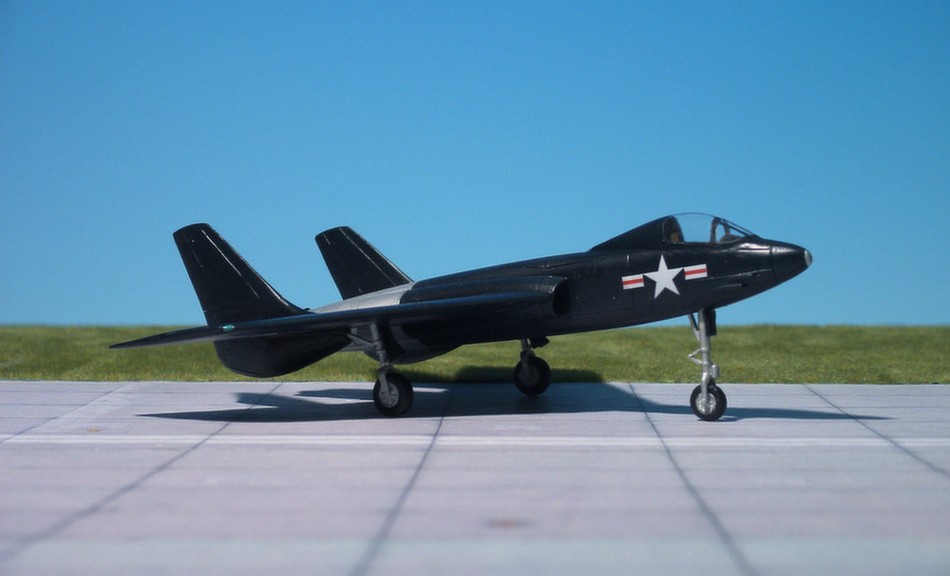 COMMENT: This design based on research data from the German Arado company with tailless projects. 14 F7U-1 were built, followed by 290 F7U-3 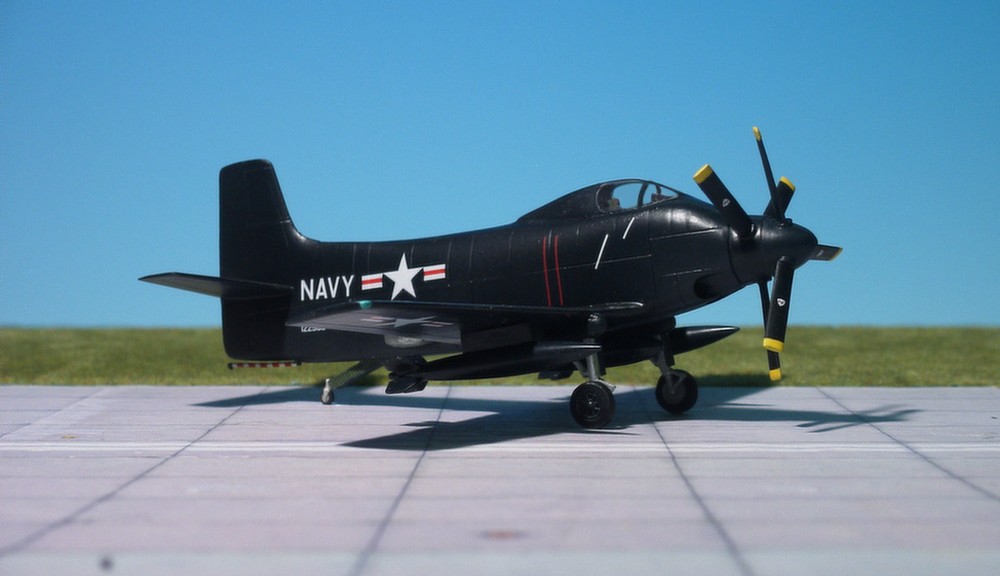 COMMENT: The Douglas A2D Skyshark was an American carrier-borne turbopropeller-powered attack aircraft built by the Douglas Aircraft Company for the US Navy. The program was substantially delayed by engine reliability problems, and was canceled because more promising turbojet attack aircraft had entered development and the smaller escort carriers the A2D was intended to utilize were being phased out.
On June 1945, the Bureau of Aeronautics (BuAer) asked Douglas Aircraft for a turbine-powered, propeller-driven aircraft. Three proposals were put forth in the next year and a half: the D-557A, to use two General Electric TG-100s (T31s) in wing nacelles; the D-557B, the same engine, with counter-rotating propellers; and the D-557C, to use the Westinghouse 25D. These were canceled due to engine development difficulties, but BuAer continued to seek an answer to the high fuel-consumption of the turbojet powered aircraft.
On June 1947 Douglas received the Navy’s letter of intent for a carrier-based turboprop-powered aircraft. The need to operate from Casablanca-class escort carriers dictated the use of a turboprop instead of turbojet power.
While it resembled the in service Douglas AD Skyraider, the A2D was different in a number of unseen ways. The 5,100 hp rated Allison XT-40-A-2 had more than double the horsepower of the Skyraider’s Wright R-3350 Cyclone air-cooled piston engine. The XT40 installation on the Skyshark used contra-rotating propellers to harness all the available power. Wing root thickness decreased, from 17% to 12%, while both the height of the tail and its area grew.
Engine-development problems delayed the first flight until May 1950 and on December 1950, the first prototype crashed while landing approach killing the pilot. Investigation found the starboard power section of the coupled Allison XT-40-A-2 turboprop engine had failed and did not declutch, allowing the Skyshark to fly on the power of the opposite section, nor did the propellers feather. As the wings’ lift disappeared, a fatal sink rate was induced. Additional instrumentation and an automatic decoupler was added to the second prototype, but by the time it was ready to fly on April 1952, sixteen months had passed, and with all-jet designs being developed, the A2D program was essentially dead. Total flight time on the lost airframe was barely 20 hours.
Allison failed to deliver a “production” engine until 1953, and by the summer of 1954, the new Douglas A4D Skyhawk pure turbojet-powered ground attacker was ready to fly. The escort carriers were being mothballed, and time had run out for the troubled A2D program.
Due largely to the failure of the T40 program to produce a reliable engine, the Skyshark never entered operational service. Twelve Douglas A2D Skysharks were built, two prototypes and ten preproduction aircraft. Most were scrapped or destroyed in accidents, and only one has survived (Ref.: 24).