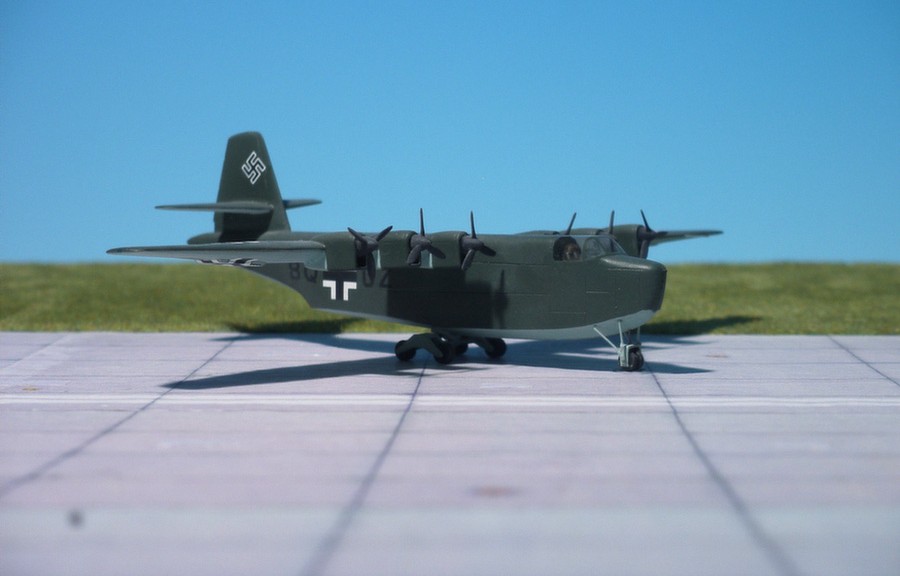 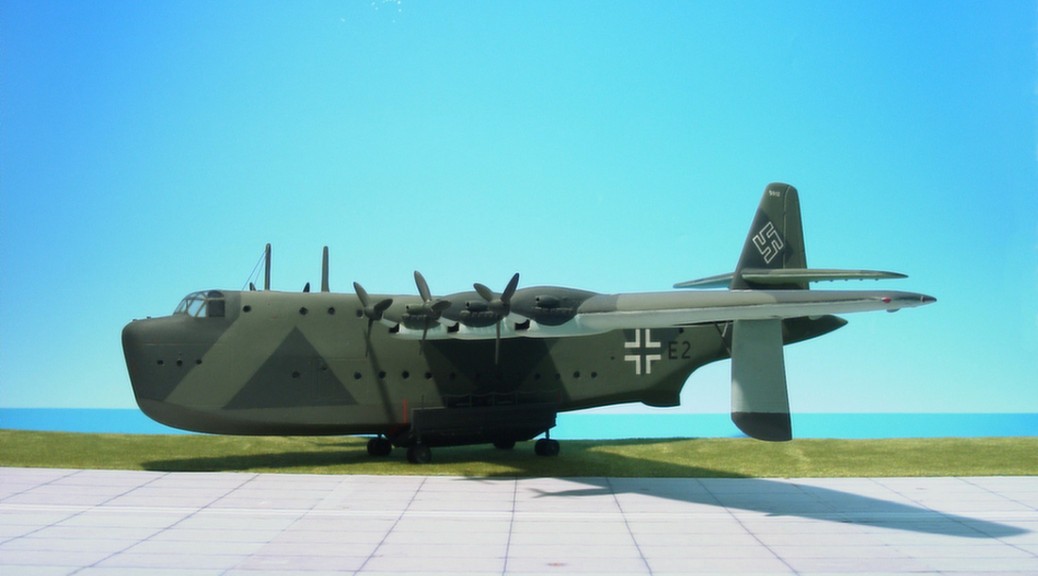 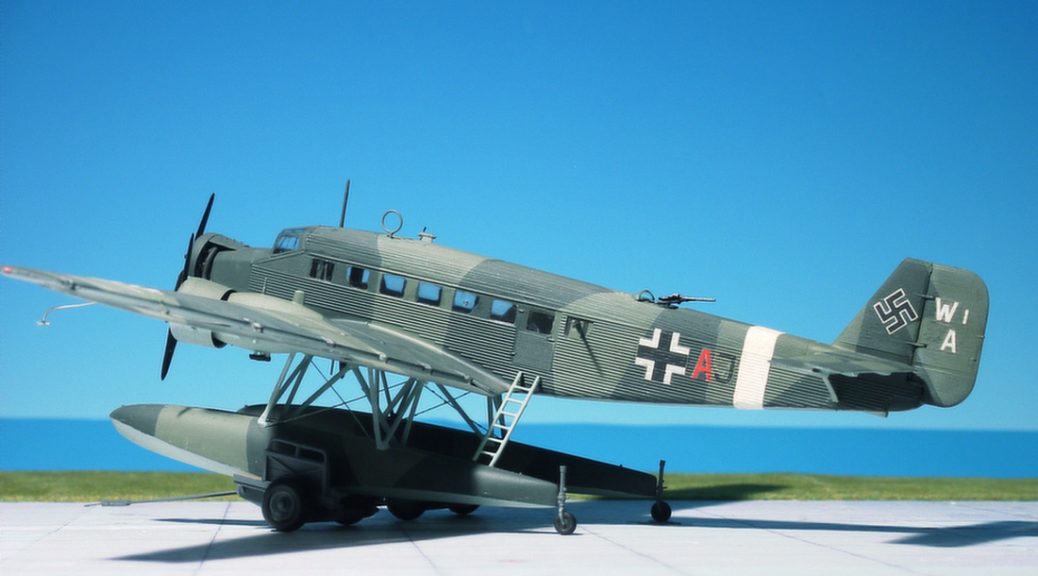 COMMENT: The Junkers Ju 52/3m (nicknamed “Tante Ju”, “Aunt Ju”) was German trimotor transport aircraft manufactured in Germany from 1931 until the end of WW II. In total 4.845 aircraft have been built.
Initially designed with a single engine but subsequently produced as a trimotor, Junkers Ju 53 /3m – suffix “3m” means “Drei Motoren” (Three engines) it saw both civilian and military service from mid1930 onwards.
In service with Lufthansa, the Junkers Ju 52/3m had proved to be an extremely reliable passenger airplane. Therefore, it was adopted by the Luftwaffe as a standard aircraft model. The Luftwaffe had 552 Ju 52/3ms in service at the beginning of WW II. Even though it was built in great and production continued until approximately the summer of 1944; when the war came to an end, there were still 100 to 200 aircraft available.
In a military role, the Junkers Ju 52/3m flew with the Luftwaffe as a troop and cargo transport. The seaplane version, designated Junkers Ju 52/3mg5e, was equipped with two large interchangeable floats and served during the Norvegian Campaigne in 1940, and later in the Mediterranean theatre. Some Ju 52/3m’s, both floatplanes and landplanes, were also used as minesweepers, known as “Minensuchgerät” (“mine-search” aircraft). This variant, designated Junkers Ju 52/3mg6e MS, and was fitted with a 14-metre diameter current-carrying degaussing ring under the airframe to create a magnetic field that triggered submerged naval mines. The suffix “MS” was usually given to aircraft to designate them as minesweepers, like the similarly equipped Blohm & Voss Ha 139B/MS float plane, and Blohm & Voss Bv 138C-1 MS  flying boat, respectively (Ref.: 24).