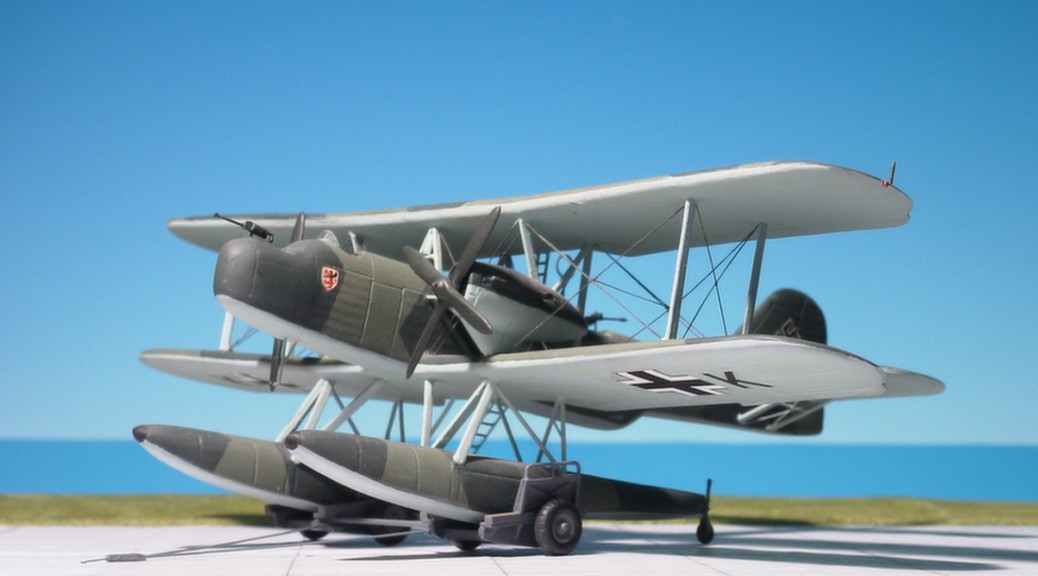 COMMENT: The Heinkel He 59 was a German biplane designed in 1930 resulting from a requirement for a torpedo bomber and reconnaissance aircraft able to operate with equal facility on wheeled landing gear or twin-floats.
In 1930, the Heinkel Aircraft Company began developing an aircraft for the Reichs­marine, precursor of the Kriegsmarine. To conceal the true military intentions, the aircraft was officially a civil aircraft. The Heinkel He 59B landplane prototype was the first to fly, an event that took place in September 1931, but it was the He 59A floatplane prototype that paved the way for the He 59B initial production model, of which 142 were delivered in three variants. The Heinkel He 59 was a pleasant aircraft to fly; deficiencies noted were the weak engine, the limited range, the small load capability and insufficient armament.
The keels of the floats were used as fuel tanks – each one holding 900 l of fuel. Together with the internal fuel tank, the aircraft could hold a total of 2,700 l of fuel. Two fuel tanks could also be placed in the bomb bay, bringing the total fuel capacity up to 3,200 l. The propeller was fixed-pitch with four blades.
During the first months of WW II, the He 59 was used as a torpedo- and minelaying aircraft. Between 1940 and 1941 the aircraft was used as a reconnaissance aircraft and in 1941-42 as a transport, air-sea rescue, and training aircraft. In total 142 aircraft were built in various subtypes. The trainer and air-sea rescue version was designated Heinkel He 59D-1. The trainer models survived slightly longer in service than operational models, but all had been retired or destroyed by 1944 (Ref.: 24).