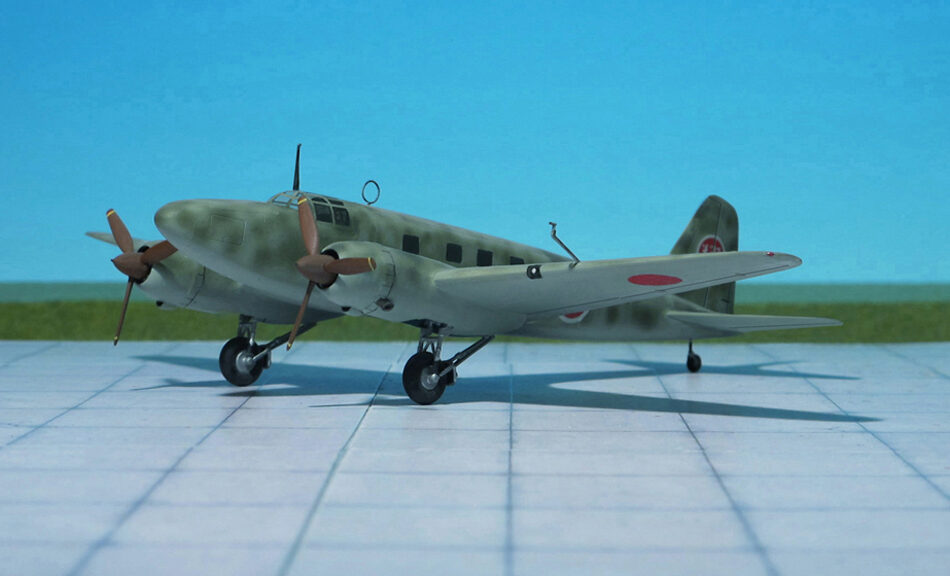 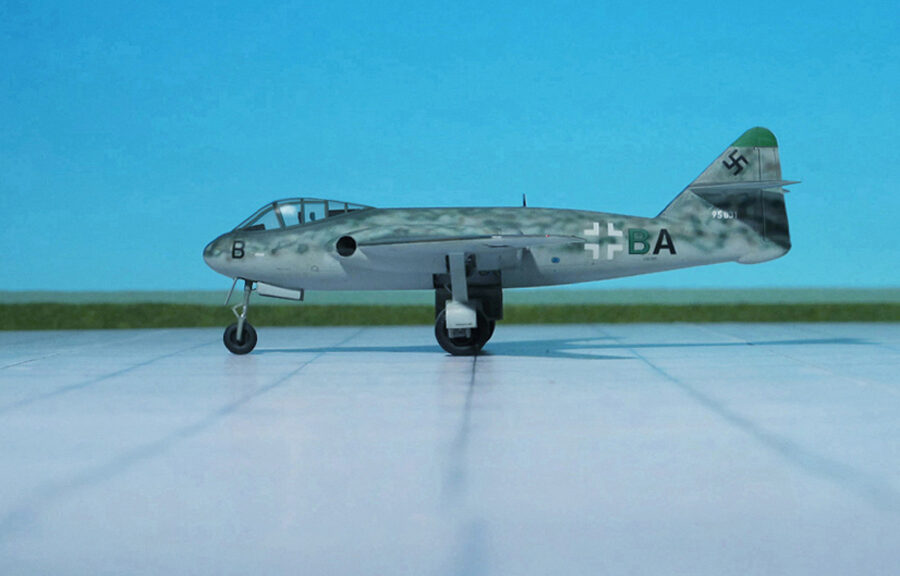 COMMENT: This project study of 11. April 1945 (Little note: less than four weeks before the total collaps of the “Third Reich”!!!!) for a two seat “Schnellbomber” (fast bomber) and “Zerstörer” (destroyer) constituted a further development of the Messerschmitt Me P.1099, Me P.1100 and Me P.1101 series of proposals of 1944 on the basis of the original in service Messerschmitt Me 262.
Whereas the basic fuselage, spacious cockpit and tail surfaces of the mentioned follow-up proposals were retained, the two Heinkel-Hirth HeS 011 turbojets were relocated into the wing root to which the new wings having a leading edge sweep of almost 40 degrees were attached. An interesting feature of the design was that the mainwheels were to retract inwards to rest vertically in the fuselage between the fore and aft fuel tanks. Exactly how this was to be accomplished with the turbojets in the way is not clear from the documents. Although the final form of the fuselage nose portion had not been decided, the end of the war brought an early end of the project (Ref.: 16).